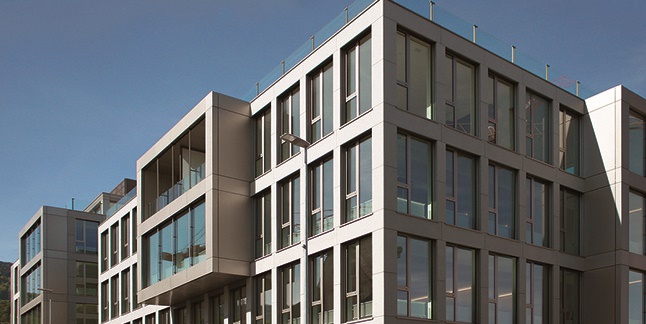 GROWTH AND QUALITY CLEARLY OUT PERFORMED VALUE AND THE MARKET

Too much politics on investors’ agenda, rattling the markets, but Quality shows resistance.

Almost everyone in 2018 was questioning the next market correction, bearing in mind that equity markets have already been growing indecently long – the milestone was achieved in August, when the length of the bull market extended to 10 years. However, given that forecasts for market crashes were made almost every year from 2013 and onwards, the correction in October, largely driven by tech sector, was regarded as a rather inevitable event. But as time showed, it was far away from the end of the story. As such, 2018 turned out to be a year of great uncertainty, resulting in particularly high market volatility in February, October and December – months when capital was shifted from risky equities to safer asset classes. To a great extent the raging fever on the markets was caused by the political issues: Brexit, Sino-US trade tensions, EU budgetary concerns, elected populist governments in Brazil, Mexico, and Italy. Additional disappointment was  rought by the mounting fears over the slowdown in global expansion, given that IMF has decreased its growth expectations, while Fed continued its hawkish stance. More severe outlook cuts and greater uncertainty were recorded for the emerging economies, which was a strong signal for the investors to withdraw capital.

Global developed equity markets lost 3.5% in EUR (-8.2% in USD), and what was hoped to be a „Christmas rally”, in reality turned out to be a month when investors’ worst nightmares came true. The biggest losses were recorded in Europe and Asia/EM, where markets were heavily influenced by political components and lack of clarity over macro-situation, while generally depressed mood weighted especially hard on riskier small caps’ performance. Although value stocks also got beaten down in 2018, initially quite substantial performance gap with the growth stocks has seemingly decreased towards the end of the year, as latter rapidly lost their appeal because of the higher risk profile. Quality stocks on the other hand, showed good amount of resistance during the bearish fourth quarter, particularly in the U.S. Being overweight with the tech sector, Quality portfolios looked especially strong in the first half, but this factor did backfire during the tech sell-off. From a bright side, however, substantial underweight with financial sector provided a good support for Quality portfolios during the uncertain times of the year.

Below we share few investment decisions we have taken with regard to Quality portfolios in the second half of 2018.

In June, two years after making the investment, we sold Ryanair, leading low cost carrier in Europe with significant cost advantage even if compared to other low cost peers and substantially larger gap as compared to traditional airlines. Company’s cost advantage stems from newer and more homogeneous fleet with lower costs and scale for maintenance, more seats per aircraft, higher presence in the secondary airports and higher share of performance-based compensation for employees. Ryanair has stronger balance sheet compared to traditional airlines that allows for fleet expansion. We believe that those factors together put the company ahead of competitors. However, the decision to sell Ryanair in June was taken after rather disappointing full year results and pessimistic outlook, as well mounting pressure from labour unions. In May 2018, the company warned that its profits could fall by as much as 14% next financial year, which would have marked carrier’s first drop in annual profits in five years. Over the course of 2018 the warnings began to be realized: higher fuel costs, rising wages, strikes by pilots and regional air traffic controllers caused Ryanair’s profit to drop 7% in the first half of the year. 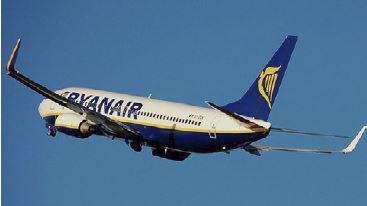 Negative financial performance, as well as strike events, weighted on the stock price. We closed out position with a 25% outperformance, whereas since our exit until the end of 2018, Ryanair has underperformed the market by 22%. However, if the management is able to solve workforce issues and profitability levels improve, Ryanair can get on our radar again.

It’s not always easy to hold a stock that operates in the industry that undergoes significant changes around core principles of the business model. However, TJX Companies, with its great operational excellence in building old-fashioned brick-and-mortar model and ability to win value conscious customers, gave us more confidence in keeping exposure to the retail sector intact during turbulent times. In June 2018, amid worries over slowing growth, we made the decision to hold the stock, which helped our portfolio to gain more outperformance. Among the diverse amount of discount retailers in the U.S., TJX stands out with its sufficiently resilient business model that demonstrates some of the highest returns on investment in the retail sector. The company primarily sells family apparel, home fashions, jewellery, and other merchandise in the U.S. and worldwide, but with its unique feature. In every store, a creation of “value hunting” atmosphere is paramount to the shopping experience so that customers feel rewarded when spending more time in stores and searching for a likely bargain. A lot of branded apparel, high quality and fashionable, can be found on shelves with a 20- 60% discount versus traditional stores. This strategy continues to deliver outstanding performance – there were only a few quarters, when TJX missed on its robust high-single digit comparable sales growth over the last five years. To keep the momentum going, TJX deploys an aggressive footprint extension strategy, adding approximately 60-100 stores per quarter to its already massive 4,300 stores base. TJX continues to hold the biggest market share in the off-price department stores in U.S. and abroad. We invested in the company in November 2015 and, while there were moments of turbulence in the traffic and comparable sales for the whole industry, TJX in comparison to peers lost much less. Still, in the midst of even greater competition from e-commerce players, majority of the brick-and-mortar retailers were badly hurt and some even went bankrupt. It was the right kind of environment, when it was easy to lose patience, as even discount retailers were not immune from worries propelled by Amazon dominance. When in every retail sales report one finds that e-commerce is constantly the primary source of growth, the belief that brick-and-mortar is still thriving becomes a lot more surreal. We held our ground in June 2018, when company released results, based on the facts that TJX was growing above industry’s average (high-single digit comparable sales) and was highly profitable (consistent 30% ROIC over the last three years). Quarterly figures were also great, the company topped its own sales gross margin estimates and lifted its full-year profit guidance, as customer traffic was strong at each of four large divisions. Also Trump’s Tax Reform helped, as many retail stocks got a boost to share price performance by having new means to offset wage inflation that was pressing on profitability in 2017. It was evident that we entered into the period of synchronized slowing global growth – the environment when customers are trying to save more, thus mostly benefiting online retailers and a couple of discount operators. TJX was among them and a clear winner – at one point, company’s share price grew by more than 45% over the course of the year. Although it did lose some steam towards the end, TJX nevertheless closed 2018 with a 19% gain in absolute terms and more than 23% relative to the S&P 500. Since we invested in TJX in November 2015, we gained 21% in absolute and 1.6% in relative terms.

In the mid of 2018 we have added Korean online game developer, NCSoft, to our Emerging markets portfolio. It was evident that the company has strong competitive advantage, as suggested by the excellent track record in game development and monetization, while the issues company faced were of the short-term nature. NNCSoft Corp specializes in the massively multiplayer online roleplaying game (MMORPG) segment. The company has world-class development capabilities, evidenced by the fact that it still earns a significant portion of its revenues from their first title, Lineage, which was released back in 1998. The game is a medieval fantasy MMORPG, where players get to choose between a number of character classes (e.g. elf, knight, magician) and primarily engage in castle siege, but can also trade goods, kill monsters and complete quests, among other activities. In terms of monetization, the company has a hybrid business model with both subscription-based and freeto-play titles, both featuring in-game item sales. While legacy PC titles have been the key focus for NCSoft, the company shifted focus in 2017 with the release of Lineage M on mobile devices and saw its revenues jump by almost 80%. Thanks to improvements in mobile device specifications, the company has been able to redevelop their legacy MMORPG titles for release on these platforms, as well as develop new ones, which should help drive continued growth going forward. We added NCSoft to our portfolio in June 2018 after the stock experienced a negative correction since September 2017 that made it attractively valued from our perspective and undervalued compared to its gaming segment peers. Compared to Activision Blizzard, the maker of similar popular titles like World of Warcraft and the Diablo series, NCSoft had a historic P/E of 21x vs 53x and EV/EBITDA of 13x vs 22x, while having better profitability ratios (ROE 25% vs 10%, ROA 19% vs 6%) and higher margins (OPM 33% vs 18%, NPM 25% vs 13%). The stock dropped on the concerns surrounding the fact that revenue from the PC version of Lineage took a severe blow after the mobile version of the game was launched in 2H 2017, and that the company had announced delays of mobile titles, which were expected to be released at the end of 2018. We ultimately decided that, given the company’s strong track record in monetization and development capabilities, this was an opportune time to add NCSoft to our portfolio and trust that management could resolve the issues concerning the market. This decision turned out to be prudent, as NCSoft has been one of the few stocks that has had positive returns over an otherwise turbulent period, with a price return of 29.8% (in USD) compared to -12.2% for MSCI Emerging Markets Index since we bought NCSoft. Large updates of the PC version of Lineage led to a recovery in 2Q, while Lineage M also rebounded in 3Q after receiving an update, and the company also recently announced an additional two new mobile games to complement the already expected titles in 2019. Now, the company has a strong pipeline in place for the next year and the market expectations continue to improve thanks to greater visibility on future revenues. 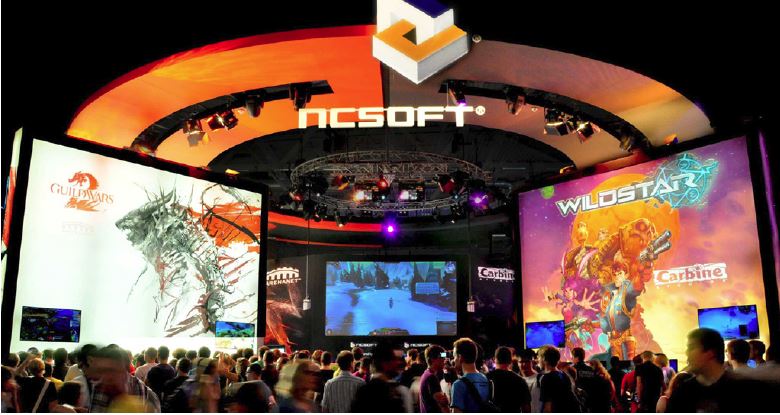