October sell-off – Has the bear woken up? 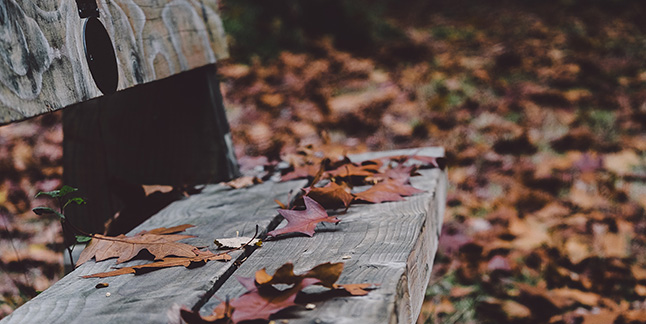 October 1907, October 1929 and October 1987 are well-known for the drastic selloffs on the stock market, which has even led to the creation of the psychological pressure (though not supported by the statistical data) for negative expectation in October called the ‘October Effect’.

This October reinforced the negative reputation of the year’s tenth month. A number of reasons were named to explain the market decline in October: global GDP growth rate decline, increasing yields in the US, tech sector prolonged growth without any major correction. Stock indices globally, in the US and in the EU disappointed bull investors by declining 5%, 6.9% and 6.9%, respectively (Fig.1), while significant capital withdrawal continued in Emerging markets, which were already beaten down to the lowest valuation level since the beginning of the year. 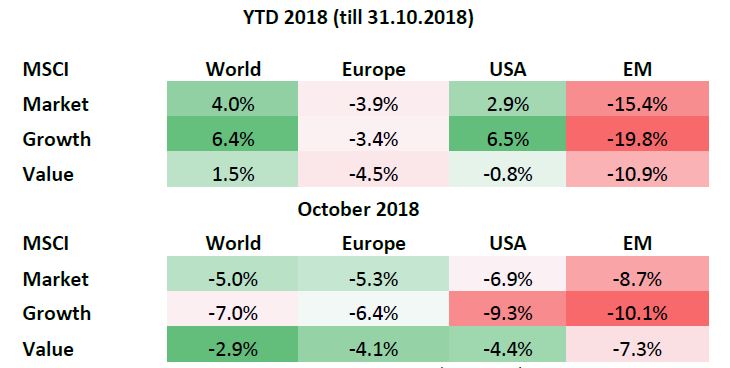 On the style indices dimension, the major losers in the sell-off unsurprisingly were the growth companies, and particularly sharp losses were seen in the IT sector, though they managed to keep their outperformance on a YTD basis. Major attention was paid to the FAANG stocks, which have 13% weight in S&P500 and 11% weight in MSCI USA. Overall they lost 12% in October (Fig.2).

When a market volatility swing coincides with the reporting season, investors tend to overreact to the reported results and particularly to the change in forecasts, while they may be insignificant. Therefore, in October this year it was not a rare case to see company declines of 20% or more in a day.

We have analyzed the sentiment and the messages conveyed during the earnings calls of the S&P 500 companies, trying to understand whether the managements of companies are generally negative when speaking about the current and future earnings. Fig.3 shows that the overall sentiment continues to improve and is obviously on a much better level compared to what was seen and heard four years ago. However, one cannot neglect that its momentum has slowed down.

Obviously, managers have become more cautious considering the global economic growth cooling down and tensions regarding tariffs. And so have the analysts.

However, good reported results could not really help overcome the pessimism on the markets as analysts decreased earnings growth forecasts for the vast majority of the companies (72% in Europe and 66% in USA). The analysts were referring to the greater uncertainty in the economic market conditions, reinforced by the trade tensions between the USA and China, which have not yet significantly impacted global trade but stimulate companies to reconsider capital investments and development plans.

In such an uncertain environment, Quality stocks proved again to be less vulnerable to market volatility, as the reported results were better and revisions less severe compared to the benchmark: 66% of Quality stocks in EU reported EPS above estimates, 85% in US; in both regions, 62% of the Quality companies EPS forecasts were reduced – less than for the market.

Temporary Drop or a Prolonged Decline?

We believe that the global October sell-off should be a short-term phenomenon and the correction, particularly within the tech sector (where spectacular outperformance was also justified by the unparalleled competitive advantage due to access to enormous amount of users and information about consumer behaviour), can be regarded as the expected and healthy one. We also see a strong US economy with leading economic indicators up 6% from last year and recordlow unemployment.

However, it is also quite evident that the risks have substantially increased due to the following reasons: