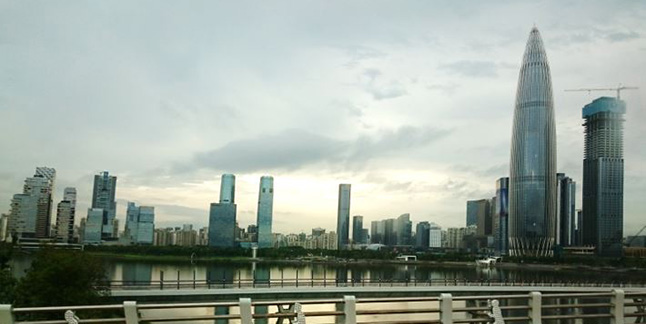 Shenzhen, a city with innovation and entrepreneurship

I am always impressed by the speed of development and growth every time I visit China. This time, I went to Shenzhen and Beijing, the largest cities in the country, in the first week of July together with Japanese-speaking institutional investors. Thanks to ongoing infrastructure developments and structural reforms, the quality of life in large cities has improved since my visit one year ago. China is a huge developing country with a vast population and it is difficult to imagine what it is like without being there. I had many meetings with industry specialists, academics and local multinational companies.

Global investors are concerned about a slowdown in China, but there still seem to be a lot of measures the government can take in order to achieve sustained growth. The government’s top three strategic priorities are avoiding significant economic and financial risks, eradicating poverty, and strengthening environmental measures. We observed many examples of improvements in these areas, including:

The speed of change in the industrial structure is striking. China aims to take leading positions in the next-generation industries, i.e. electric vehicles, automated driving systems, artificial intelligence, life science, biotechnology and aerospace. The public and private sectors are working together to achieve this goal.

US-China trade conflict will be a long-term issue

Most of the companies we met expressed few if any concerns over the recent US-China trade conflict. They are targeting the domestic market, which is huge and offers a lot of growth opportunities. Macro specialists expect certain negative impacts on economic growth, but they also expect the escalation of the trade war to damage the US more than China. This is a battle for leadership between the US and China and therefore the conflict will be prolonged. A long-term battle is very probable.

Shenzhen, a city driven by innovation

Shenzhen is a city located immediately north of Hong Kong with 12 million residents. What was a small village thirty years ago became “the factory of the world” in the early 2000s. Now the city is known as the Silicon Valley of China. Its open policy to promote innovation and entrepreneurship attracted many young talents from outside of the province and Shenzhen is now home to many Chinese multinational companies including Huawei, ZTE, Tencent, Ping An Group and BYD. It is the third richest city in China in terms of GDP after Shanghai and Beijing.

Shenzhen’s success stimulated other cities to consider deregulation of the household registration system (Hukou system) and promotion of high value-added industries. Economists are monitoring developments closely, as Shenzhen could become a model for avoiding the middle-income trap. Many newly industrialized countries are stuck in the ‘middle-income range’ (per capita GDP of around USD 10,000) because they lost their cheap manufacturing advantage due to rising labor costs and, at the same time, they cannot compete with developed countries in high value-added products.

The following are some examples of innovation we have seen:

-People do not use cash. Everything is paid using mobile wallet applications such as Alipay and WeChat Pay. The latter is a payment solution integrated into WeChat, the social and messaging application by Tencent that has more than 1 billion monthly active users. Its easy-to-use payment service is expanding very fast, with 531 million Chinese using mobile payment services (end-2017 data).

-Internet shopping is very popular. E-commerce accounts for 16% of retail sales and we saw many delivery scooters driving through cities. A supermarket run by Alibaba guarantees delivery of goods within 30 minutes for nearby clients. Delivery driver jobs have absorbed the excess labor from manufacturing industry. 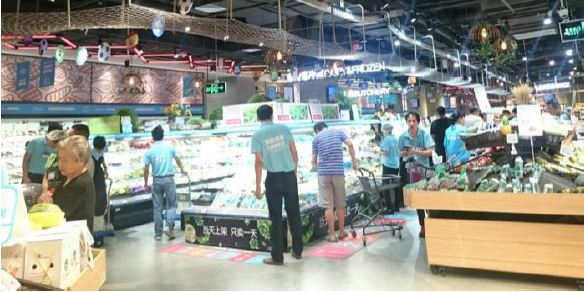 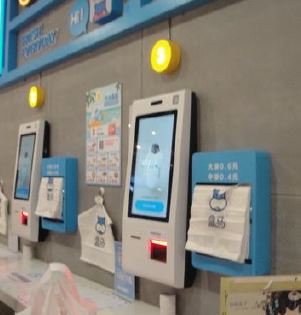 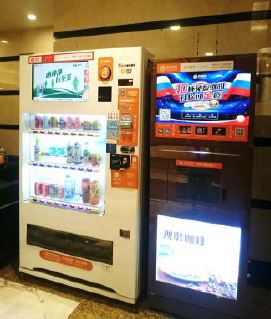 -China’s logistics industry, which accounts for 50% of the global total, has been improving efficiency by utilizing automation and innovation. The use of drones and AI warehouse systems would make the delivery service three times more efficient in the near future, according to a local logistics company.

We were constantly observed by security cameras. As many as 180 million cameras are installed in public places and the government plans to add 450 million more by 2020. It is said that the advanced face recognition technology enables the authorities to track any person in major Chinese cities.

Through the combination of security cameras and mobile payment systems, significant personal data are stored and can be traced. However, this monitored and controlled society is not very new for Chinese. In fact many pointed out that thanks to greater monitoring, the numbers of crimes and traffic accidents have fallen. People are paying for safety with their personal data.

Quality of life has improved and young people’s lifestyle is more and more influenced by Japanese culture. Despite the cool relationship between China and Japan on the political level, Japanese-made products continue to be favoured by consumers. Japanese consumer companies will benefit from this trend.

Take a photo, modify, and look like Japanese high-school kids 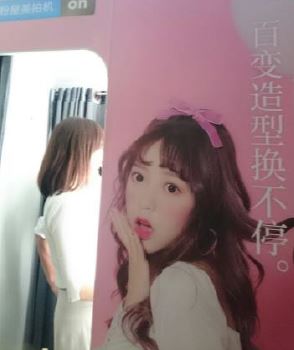 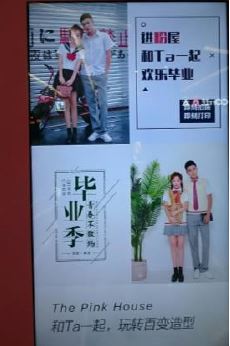