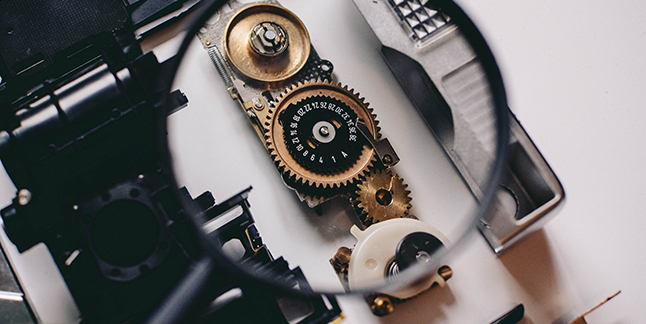 These are some of the key insights into the Corporate Excellence Award 2018 results and how they compare to the results of the contest from five years ago in 2014.

Comparing current Corporate Excellence Top 100 sector biases with what was seen five years ago, one immediately recognizes the heavier weighting towards Health Care, Telecoms and Financials (mainly from Capital Markets industry), which seem to have recovered from the liquidity crunch experienced in the previous decade (Fig.1). Materials, which previously had a significant 11% share in the Corporate Excellence Top 100, now makes up less than 5%. A similar fall was seen for the Energy sector, represented mainly by oil companies. The explanation for this weakening representation can be traced to the downward pressure on commodity prices ignited by Chinese growth deceleration and lower global capex investments. 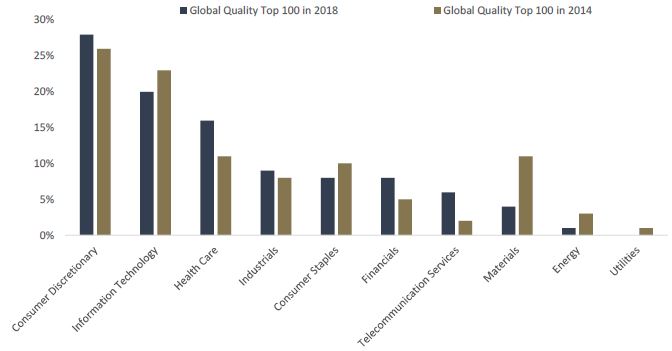 Surprisingly, the weight of IT companies in the Corporate Excellence Top 100 has declined, despite the hype surrounding innovations in this sector. This decline in corporate quality might be explained by the intensifying competitive pressure that has encouraged larger capex investments, often financed through external debt, that have resulted in worsening balance sheet quality.

Considering the sector bias in the context of the Corporate Excellence Award country winners, which assumes even more rigorous selection, the most striking change is the weakening Retail sector. In 2014, Inditex, Hermes, H&M and Tod’s were determined as the best-rated companies in the respective countries, while in 2018, only Hermes qualified in France for the Corporate Excellence Award. The improvements in the Health Care sector also demand recognition. In particular, specialized pharmaceutical companies and medical equipment manufacturers displayed excellent fundamental quality, as seen by the increase in the number of companies from this sector appearing in regional tops. Insulin producer Novo Nordisk remained strong and maintained its leadership in Denmark from five years ago, while probiotics developer Biogaia became the leader in Sweden, and in-vitro diagnostics producer Diasorin became the winner in Italy.

Major improvement during the last five years can be attributed to Japanese companies, which managed to reduce leverage as a result of increased profitability. Weaker yen and strong global economic growth were the major reasons for this profitability increase, especially for exporters in the electrical machinery and automotive sectors.

Fundamental quality on the rise

Debt reduction on the balance sheet was the major force driving the improvement of fundamentals, while capital profitability remained stable and margin profitability actually declined for the best 100 companies globally. Significant decline in debt to equity had the most prominent effect on the balance sheet improvement, which has also resulted in Altman z-score growth.

Fig 3. Financial and valuation ratios of the global top 100 companies 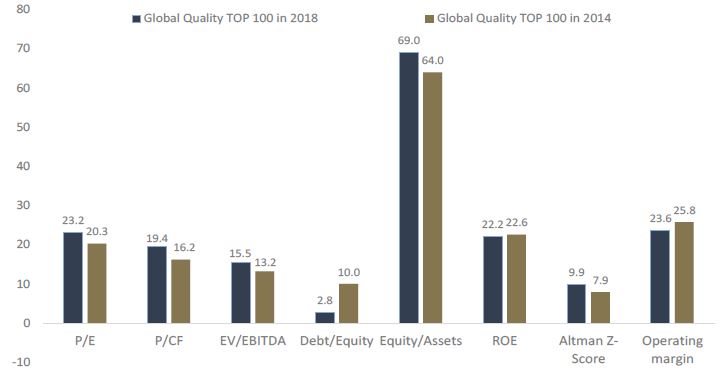 About excellence award: With the Corporate Excellence Award, Hérens Quality Asset Management seeks to recognize companies with excellent track records in terms of both their historical and current financial performance. Both qualitative and quantitative assessments are applied to determine the best companies globally. The quantitative screen considers main fundamental ratios in order to judge the strength of the balance sheet, profitability, capital efficiency and operating efficiency. The qualitative assessment covers the business model, corporate governance, social responsibility, quality of financial management and market environment. Valuations are not taken into account. The award is therefore not aimed at giving an investment recommendation, nor at ensuring that a company will also be able to maintain its excellence status going forward. Further information and full coverage incl. press articles can be found at www.hqam.ch.