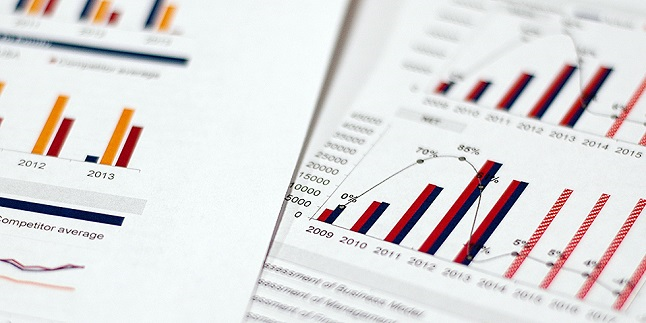 Despite anemic growth in Europe, the corporate financial results show an uptrend:  trailing annual sales of Baltic listed companies as of June end increased by 7%. The best 10 companies, admitted to be Quality companies based on the rigorous qualitative and quantitative assessment done by Riga-based financial research company CE Services and its partners, CE Asset Management AG (Switzerland) and BA School of Business and Finance (Latvia), though demonstrated flat profit but managed to outperform the Baltic broad index by 7.9% and the Baltic Benchmark index by 16.5% according to the total shareholder return. Baltic 10 quality companies might become attractive investment targets in the environment of low interest rates as all but two paid relatively high dividends for 2013.

In the Baltic countries the regional winners are the same as previous year: TEO LT (Lithuania), Olainfarm (Latvia), Harju Elekter (Estonia). One of the biggest surprises became Vilniaus Baldai, which was ranked as 2nd according to the quantitative assessment and fourth according to the total ranking. Substantial improvement in the quality position of Vilniaus Baldai, having IKEA as a major customer, primarily is explained by the solid financial position, which has significantly improved in the recent few years.

The best company on the Baltic Stock exchange is Lithuanian telecom TEO LT, which repeats its success for the sixth consecutive year due to a number of factors, among which are the well-established business model, excellent financial strength, plausible capital investment policy and management execution. Though after the quantitative evaluation pharmaceutical manufacturer Olainfarm was on the fifth position, it has improved its total score to become number two overall and the best listed company in Latvia. Olainfarm is recognized giving credit to the plausible cost management and focus on niche products, strong market positions in CIS countries, experienced management team. Estonian electrical equipment manufacturer Harju Elekter for the fourth time is admitted to be the best listed company in Estonia having excellent financial position, plausible dividend policy and well-established market shares in regions it operates.

Quality company analysis according to the sectoral distribution of the best 100 European (based on the FTSE All Cap Europe Index) and the best 10 Baltic companies (based on OMX Baltic Main list) reveals that the consumer cyclical sector supplies larger number of qualitative enterprises compared to other sectors. Large bias on the Baltic market is towards the utility sector, which also provides a number of quality companies unlike in the developed Europe. Quality companies can be hardly found in the financial sector, which is true both for Baltics and for Europe. 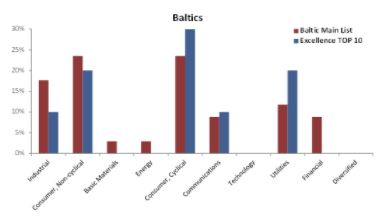 According to the basic fundamental ratios Baltic companies exhibit lower capital profitability than the European peers, while the capital structure analysis shows the overwhelming risk aversion of the Baltic companies, particularly well-seen in case of Quality companies.

Though the quality companies in Baltics are traded at a premium to the broad market according to the Price to Book ratio, Baltic companies obviously are significantly undervalued compared to the European peers on main valuation ratios.

Baltic Corporate Excellence Award: Since 2008 on a yearly basis Riga-based financial research company CE Services, in cooperation with its partners, CE Asset Management (Switzerland)and BA School of Business and Finance (Latvia), evaluates the quality of the companies quoted on the Baltic stock exchanges. Both qualitative and quantitative assessment is applied to determine the best companies listed in the Baltic States. The quantitative screen contributes 50% to the overall assessment. It considers main fundamental ratios allowing to make a judgment on the strength of the balance sheet, profitability, capital efficiency, operating efficiency. Another 50% of the decision is based on the qualitative assessment, which covers business model, corporate governance, quality of financial management and market environment. The Corporate Excellence Award recognizes historical fundamental performances and ignores companies’ valuation. The results of the Corporate Excellence Award are therefore not a stock recommendation.